A key determiner of a company’s success or failure is its leadership—the executive team responsible for ensuring the on-going effectiveness of day-to-day operations, for revising near-term strategy to address changes in the business environment, and, for charting the company’s future course to ensure that it achieves its principal objective, robust financial performance.

The course each business follows to arrive at this destination is different and can vary significantly according to the company’s industry, market, offering, maturity, size, and, even, ownership.   This is because a company’s culture and operating dynamic, as well as the skills and aptitudes required of its leadership, are affected by its external and internal stakeholders.

Part 2 of this two-part series examines the talents and skills required of executives in family-controlled businesses compared to those in publicly held corporations.

The leadership needs of a closely held, family-controlled business and those of a large, publicly traded company can be as markedly different as the challenges that face the parent of an only child compared to one who has many.   This is not necessarily a matter of company size, since the size of family-controlled and publicly-traded, or -held, companies varies widely.  Both can be fairly small, with only a few hundred employees and under $50 million in annual revenues, or extraordinarily large, with tens of thousands of employees and billions of dollars in revenues.  In fact, according to some estimates, family-controlled firms account for up to 90% of all global companies and over 35% of the S&P 500, with publicly held firms presumably comprising the balance of each category.

This picture might be misleading, though, especially given the relatively broad definition of a family-controlled company as including businesses whose shares are publicly traded but wherein the founding family holds a minimum of 35% of the company’s ownership and has at least one family member on the board or in the ranks of senior management.  If one accepts this rather loose description, “family-controlled” companies number among the nation’s largest and include such corporate behemoths as Amazon, Walmart, and Microsoft.  The management needs of “family-controlled” firms that have attained this magnitude vary little from those of companies that are wholly publicly traded and whose senior management has no family affiliation whatsoever. So, when considering the disparate management needs of family-, or privately-, controlled versus non-family-controlled businesses, the more valid differentiator might be the founding family’s ongoing influence—its sway over a company’s vision, strategic planning, and, in some cases, even daily operations—rather than its level of equity ownership.

A Potpourri of Necessary Management Skills and Talents—Some Standard, Others Specific to the Circumstances

Most substantial companies of even relatively modest (e.g., $50 million) to moderate ($300 million) size, demand that leaders of key functional areas such as marketing, sales, and general management have the following skills and competencies:  strategic thinking, market insight, results orientation, a dedication to meeting or exceeding customer expectations, the ability to influence and collaborate with others, and, last but not least, an aptitude for organizational development, team building, group leadership, and change management.   Whatever the industry, in most key functions, these capabilities are part and parcel of the basic executive toolkit.

Senior management positions in a family-controlled i.e., privately controlled company, however, usually require additional skills that take into account the unique composition of the company’s ownership, its history, and the impact of each on the firm’s culture.  Companies that are largely owned by one family and wherein one or more family members has an important presence are very different animals than public companies devoid of these elements.  And, as already suggested above, the challenges confronting their respective executives vary as much as those facing the parent in an only-child versus a multiple-child family—if only because, in the first case, the lion’s share of time and resources are devoted to a sole constituent whereas, in the second, multiple stakeholders compete for attention.

Why the Big Difference Between Publicly Traded Companies and Family-Controlled Businesses?

Many of the distinctions between these two types of enterprises stem from the focus on long-term strategy over short-term results that is characteristic of many family-controlled or otherwise privately controlled businesses, as well as to the comparatively low employee-turnover rate, long senior-management tenure, and consistency of mission that are among its more notable consequences.  Because family-controlled businesses often place greater emphasis on attaining outcomes that will positively affect coming generations than they do on achieving next-quarter results to please third-party analysts or the broader equities market, such companies have relatively stable environments and expect senior leadership not just to react to external changes but also to steadfastly adhere to the long-range vision.  This encourages a robust culture that serves as a strong foundation for revenue growth through steady, predictable expansion.

By contrast, broadly speaking, executive leadership of core functions in publicly held companies is sometimes more easily able to forge new trails in unexplored directions if the market landscape or business environment dictates the need for it.  Accordingly, senior functional and general management in such companies is typically not beholden to past management practice nor inclined to commemorate or venerate it.  The result can be less emphasis on preserving existing culture, organizational structures, and related business processes and more emphasis on evolving them.  This is particularly true in business development, marketing and sales, which might put less emphasis on using past successes as a foundation for growth in an established direction and more on employing them as a platform for achieving breakthroughs in untried areas.

All the above speaks to the plus side of senior management in either family-controlled or publicly held companies.  Now, for the inevitable look at the minus side of each equation.

Is the Grass Truly Greener on One Side of the Fence than the Other?

Are family-controlled businesses in fact just one big happy family and are publicly traded corporations all nests of intrigue, where everyone is in it for themselves at the expense of others?  Or, in fact, is it just the opposite?  There are, indeed, family-controlled business were peace and harmony seem to reign as in the Garden of Eden, just as there are public companies whose politics are so cutthroat that “Game of Thrones” seems like a kiddie party by comparison.  But stereotypes seldom hold true in every situation, and this is no exception.  The simple truth lies between these two extremes: some companies offer good working environments, supported by positive cultures and caring leadership while others, both family controlled and publicly traded, could stand improvement.

This notwithstanding, certain attributes rise to the fore in each type of organization, so executives in key functional areas such as marketing, sales, and general management need particular skills and talents to provide effective leadership in either.   For example, family-controlled businesses require senior leaders who are capable of understanding the company’s ownership dynamics, accept that they are responsible for developing the company not just for the benefit of the current ownership but also for that of its future generations, and who have a solid respect for the company’s legacy while not allowing this to constrain innovation.  The advantage that executives in such companies have is that the past can typically serve as a reliable guide to the future and the prerogatives of the company ownership are likely to remain stable over extended periods, reducing the need to constantly revise long-term strategy.  In such environments, cultural cohesion and coherence are paramount and continuity and consistency are more important than aggressive moves in new directions, whatever the potential immediate benefit.  In short, family control often equates to a clearly articulated vision and an unwavering mission.

By contrast, executives of key functional areas in large publicly traded companies must demonstrate the ability to manage against a more varied set of circumstances, meet a greater range of immediate and long-term objectives, serve a broader array of customers, and, as often as not, lead a far more diverse organization.  This is in part because public company ownership spans both institutional and individual investors and because large public companies typically have extensive but fragmented customer bases.  These challenges are compounded by the mix of management styles found in the ranks of middle management, since diversified public companies sometimes hire as much for fit with a particular business unit’s subculture as for fit with the company’s corporate culture.  Consequently, top functional and general management must meet the needs and expectations of disparate internal and external constituencies without inadvertently triggering disaffection or alienation among any of them. This balancing act calls for outstanding analytical ability and a capacity for understanding the big picture, combined with diplomatic skills and an aptitude for relentless prioritization—a skill set that is invaluable to functional and general management executives in publicly held companies as well as to their employers.

A Needle in a Haystack

Finding senior marketing, sales, and general management executives who possess the necessary management skills, functional competence, and industry background, along with the values and behaviors that complement the unique culture of either a privately controlled or publicly traded company, is not a matter of mere chance or good fortune.  It demands the compilation of a complete and clear set of job requirements, diligent and thorough candidate research, as well as the ability to select, interview and appraise a broad set of candidates and then cull these down to a subset of recommended finalists.  This can be a daunting task for senior staff and line management as well as for the HR personnel who support them, which is why both privately controlled and publicly held companies often elect to supplement or supplant internal efforts with those of external executive search consultants.

The advantages of retaining an executive search consultancy are multifold.  For one, an experienced search consultant eliminates the need for senior management to be deeply involved in the time-consuming early and middle phases of the search process.  What’s more, it ensures that the selection and vetting of the initial candidate pool is conducted by professionals with years of related experience rather than by functional executives whose core skill sets lie elsewhere and whose many other responsibilities will vie for their attention.

Whether yours is a publicly held or privately controlled family business, obtaining the services of an experienced executive talent consultancy will help ensure that the senior management candidate that you hire is optimally suited for the job in question and is also the best fit for your company’s culture.  Moreover, whatever out-of-pocket costs you incur will likely be offset by the savings in internal time and effort.  Finally, and most importantly, an expert executive search firm will guarantee* that you successfully evade the worst of all possible search outcomes:  a leadership hire who turns out to be a failure and wreaks havoc in the company.  After all, repairing a broken company, whether privately controlled or publicly held, can be almost as hard as repairing the damage wrought by a broken home, in either a single- or multiple child family.  Better to make the right executive hire to begin with than to be left trying to put the pieces back together in the wake of a failed leader who wasn’t a good fit from the outset.

To read Part I of this series click here.

How Job Candidates Can Best Work with Executive Search Firms 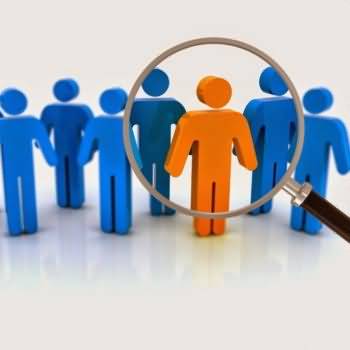 Does Your Executive Recruiting Firm Measure Up?