Last month, in Part 1 of our series, we focused on the various ways in which a great organizational culture fosters employee wellness. Now, we’d like to turn the searchlight inward, to examine how companies that help employees systematically develop their minds and spirits can become beacons of wellness and thus stronger competitors in the marketplace.

Companies that focus in various ways on team members’ personal development are actually helping to elevate employees’ moods and cognitive capacities. That helps them better engage—with customers, managers and peers. Everyone wins.

It seems obvious on an intuitive level that companies with a culture built on regular praise and recognition of employees will perform better. But empirical studies also bear this out.

In a 2004 global survey of four million employees across 30 industries and 10,000 business units, the highly respected Gallup organization found that individuals who receive regular recognition and praise:

That doesn’t mean praise and recognition must be limited to that conferred upon employees by managers. In fact, a good organization can and should also ingrain that positive culture between peers. A little creativity in this regard can go a long way.

As business author Shawn Anchor explained in the Harvard Business Review, a structured peer-to-peer recognition program at Jet Blue airline uses on-the-spot bonuses to recognize superior employee performance. “Because the recognition is peer-to-peer, it feels less like a performance review, and more like an organic expression of gratitude” he concluded. He went on to document how the program improved employee retention and engagement, at a far lower cost than salary increases.

“People who approach their work as a source of meaning are expected to be more deeply engaged with their jobs, work more effectively in teams, commit more strongly to their organizations, and experience higher job satisfaction” according to a 2010 study cited in a recent research white paper published by the Limeade Institute. “Thus, purpose is viewed…as central to one’s satisfaction in their work lives and career.”

When employees feel authentically cared for by their employers, the researchers concluded, their overall well-being improves, they are more engaged and less likely to switch jobs.

Arranging the Office for Employees’ Well-being

The way a company’s office layout is designed can have a real influence on employees’ productivity.

The much-maligned office cubicle system is now a half-century old. Invented by the Herman Miller furniture company in the 1960s, the system was quickly copied and also infamously ridiculed by, among many others, the Dilbert comic strip.

More recently, the open seating model has been gaining influence, in an effort to encourage more collaboration via the office’s physical layout. But employee surveys show that office layout takes a back seat to something even more elemental: access to natural light and outdoor views.

In a poll of more than 1,600 North American employees, HR advisory firm Future Workplace found that access to natural light and outdoor views was the number one desired perk mentioned. Research conducted by Cornell University, meanwhile, shows a correlation between alertness and energy levels and access to natural light. It cited a study, for instance, that documented 6-7 percent higher productivity in a call center with outdoor views.

The New War for Talent

The War for Talent is a term popularized by the McKinsey consulting firm before the Great Recession, a reference to the ferocious contest to land game-changing corporate talent in the C-suite. The phrase lost some of its power during the economic downturn of a decade ago but has since roared back again in full force as the employment market has gotten tight.

But as we have tried to explain here, that war is not just waged over attracting new talent nor confined to roles in upper management. Successful organizations systematically structure themselves to have a culture of personal development, where every team member is valued and encouraged to grow.

The Benefits of a Boutique Search Firm as Your Talent Partner 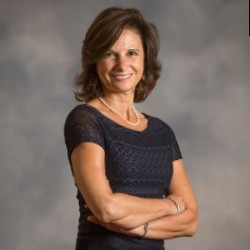