The Roads Most Traveled

If you’re smart, you’re always learning. You get the most from your successes, but sometimes doing things differently can bring greater value.

Such is the case with retaining talent. The secret to keeping exceptional professionals is to hire the right ones to begin with. Easier said than done, right? And while most successful hiring is quite rewarding, the more challenging experiences often lead to more impactful lessons.

Hiring a high-performing executive can be risky. There is a lot more at stake: More responsibility, higher compensation, greater expectations. Obviously ensuring that the skill set and experience are in line with the position’s responsibilities and strategic goals is important. But what really makes a successful long-term match is the candidate’s fit with the client’s culture.

Heading in the right direction

Following are six lessons we’ve learned in our three decades of executive search. And while we’d love to attribute them all to our successful placements, some of the greatest have come as a result of learning things that we would do differently next time. We hope that sharing these with you will save you time, resources, and potentially costly mistakes.

If the candidate has made it far enough in the process to interview with you, chances are they have been screened to thoroughly ensure that their credentials and experience match your requirements for the position. Using a list of behavioral-based questions tailored to that role and the company will provide more insights into that individual, their character and how they behave in certain circumstances. This step in the interviewing process will ensure a cultural fit.

Our client, a large, national retail chain had spent a year looking for a senior communications executive. The two hiring managers had very different views of what they were looking for and handed us a pile of 216 resumes of people they had considered and ruled out. As senior executives they had both hired many direct reports over the years and were comfortable interviewing and finding candidates that “felt right.” Torch brought the two executives together and asked a lot of questions that brought out the soft skills that would make this hire a success in this role. After getting agreement, Torch crafted behavioral interview questions around these critical competencies for the executives to ask. They wound up hiring a great fit that got promoted into her boss’s role over the next several years.

One instance that stands out to us was when a vetted executive candidate spoke with the client’s HR manager. Her enthusiasm for the company, what it offered, and its potential sold the candidate on the job. “I wasn’t going to take the position,” he told us. “I just wanted to explore my options. The longer I spoke with her, the more apparent it became that this was a once-in-a-lifetime opportunity to help people reach their full potential. That’s when I decided to take a leap of faith.”

In this day and age, things move quickly, and candidates are no exception. The best candidates get swept up quickly, oftentimes getting multiple offers. They want to know that you want them and if your process takes too long, they will question whether you really want them or if this is the way you do business. And someone else will come along and let them know they are interested in them. It’s easy to lose a good candidate. Becoming committed to engage ASAP will expedite the chances of placing the candidate in your role.

Tom Smith (not his real name) was the first person to interview with our client, Company X. It was a tough market for the type of candidate they were looking for and yet Tom checked off all the boxes. They liked him but felt they wanted to see more candidates. Travel schedules did not allow Company X to interview the other candidates in the near future and when they finally did, Tom had received two offers from other companies.

While he had not been actively interviewing, Tom was open to listening to other opportunities. When Tom interviewed with Company Z, they pulled out all the stops, bringing in key personnel including the company president. “It was a long exhausting day” stated Tom, “but they showed me how interested they were in me.” Tom received a job offer while he was in the parking lot before he began his trip home. Tom accepted the offer.

Our client, Company X, shared that if they had moved faster and offered him the position when he interviewed with them weeks before, he would have already been employed with them.

Sometimes a job requires specific-industry experience. But limiting your search can do more harm than good. Bringing in someone outside your industry, especially in a leadership role, brings fresh perspectives, bold ideas and innovation. Isn’t that what your organization would need to stay ahead of the competition?

A food services client was intent on hiring an industry veteran. It was a competitive market and there were numerous “me too” products out there that left the client wondering: How do we get ahead? Can we be first to the market? How can we bring in new ideas and innovation? They turned to Torch Group and we suggested they look outside the industry, something they had never done before. It was a tough sell at first but after interviewing several candidates they could see the value of a different way of looking at things. They hired an “external” executive and after a decade the company still shares that this was the best hire they have ever made.

Hiring is like dating. You’re going into it hoping there is potential for a long-term relationship. You want to hire someone like you, but that may not be the best choice. The qualities of the individual, the alignment of goals, and the chemistry are so important that other items, like attention to detail or timely responses, are often overlooked. Focus on what your organization needs in the short-term and long-term and how this person will impact the growth. Like putting pieces of a puzzle together, oftentimes complementary skills add up to a greater fit. Especially at the top.

A long-time client realized early on that the candidate was not going to be his best friend. “I had to put aside our obvious differences and recognize that there was considerable potential for us to complement one another and work collaboratively. He was the perfect match for our needs and I knew he could take the organization to the next level. Once I concluded that I really needed an exceptional partner that complemented my skills not mirrored them, I was better able to see the opportunities and growth this person could bring.” Learning how to communicate, appreciate each other’s strengths, and work for the mutual benefit of the company ensures a sound, successful relationship under most circumstances.

Be prepared to deviate. The best laid plans sometimes require a ‘Plan B.’ Recruiting the ideal candidates for mission-critical strategic positions can be time consuming and more challenging than expected. There are times when making alterations can lend themselves to better outcomes. Be open to something different. A good search firm is a consultative problem solver that brings their expertise and understanding of different organizations and candidate types. Sometimes what you thought you needed is not ultimately what you wind up with, and the results can be much better.

A client came to us with their idea of what they needed based upon past experience and employees that had been with the organization for a long time. After sharing several candidates that fit this profile, we presented someone a little different. The candidate’s background opened up a greater discussion around the organizational structure which led to a reworking of this role and others. With the renewed focus, the client was able to make an offer to a professional with the credentials and experience who, in turn, hit the ground running!

Often the search for talent is too focused on the destination and not the journey. Veering from the road you know too well can yield a more interesting, informative, and desirable outcome. 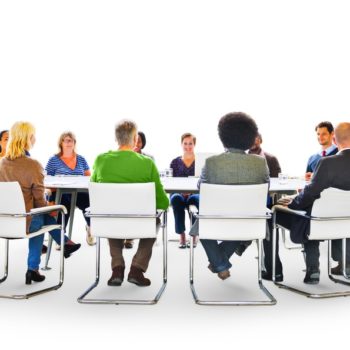 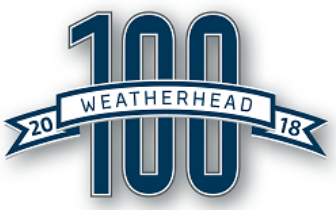